The publication of Lacan in English 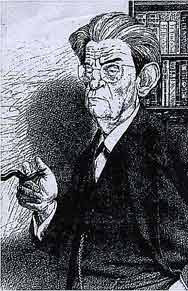 Seminar XVII, The other side of psychoanalysis
ÉCRITS

The translation of Lacan’s Seminar “The Other Side of Psychoanalysis” is now completed, and the book is available. This translation presented a good many difficulties that Russel Grigg, translator and psychoanalyst, member of the NLS (Melbourne circle) and of the ECF, was able to resolve with the same elegance and mastery he had given proof of in his remarkable translation of the Seminar III. We thus learn that “plus-de-jouir” in English is “surplus jouissance”, and we discover other terms whose use was not yet determined in English and which sometimes surprise the French reader, jolting him out of his routine. The translation is followed by a bibliography and a very carefully conceived index. Moreover, a series of notes is added to this critical apparatus that clarify Lacan’s often unfamiliar references for the English reader. Did you know for example who Marcel Brillouin or Henri Massis were? The ardor of the translator chastens the laziness of the hasty reader. I encourage everyone, myself included, to read this book in English. This translation often has the value of an interpretation because of the poetic effect that always surfaces during the passage from one language to another.

Our English speaking friends will henceforth be well-equipped to approach Lacan’s work: they dispose effectively of the books, I, II, III, VII, XI, and XX of the Seminar, to which we must add a collection of different texts (including Television) that has also been published by Norton.

But the keystone of this edifice, which is already well under way, was sealed by the publication in 2006 — also by Norton — of the integral text of the Écrits. It has just been published in paperback, moreover, after the hard-cover edition dating back to February 2006, following the American editorial tradition. We cannot insist enough on the fundamental importance of this volume for the study of Lacan in the Freudian Field, in the Schools of the WAP and even more extensively, for those who wish to become acquainted, for whatever reason, with the very core of the great French psychoanalyst’s teaching. Until now, all that was available was the Selection translated by Alan Sheridan: though published while Lacan was still alive and representing the remarkable effort of a scholar of great talent, it was nevertheless a volume burdened by the urgency of its achievement. There were essential texts that remained to be translated such as “Position of the Unconscious” or “Science and Truth”, and such earlier and formative texts as “Presentations on Psychic Causality” or “Variations on the Standard Treatment”. The numerous notations also had to be standardized and particularly the writing of the mathemes, which constituted a serious obstacle to the study of Lacan for our English-speaking colleagues. Finally, and this is not the least of its merits, this volume restitutes over and above the texts themselves the architecture and dynamics of the volume edited in 1966 by Jacques-Alain Miller under Jacques Lacan’s direction, with the introductory texts written purposely for the occasion (“On our Antecedents”, “On the Subject Finally in Question”, “On a purpose”, “On an Ex Post Facto Sillabary”) and they are published in the order chosen by Lacan. The critical apparatus of the original version as well as the “Classified index of the major concepts” composed by J.-A. Miller are also translated in their entirety. We salute the gigantic effort of the translation team. Bruce Fink is the principal artisan, with Heloise Fink and Russell Grigg. And Jacques-Alain Miller brought his own contribution. Translator’s end notes ( pp.759 to 849) will be helpful for the English speaking reader and interesting too for foreign enthusiasts.

It is urgent that we begin, without delay, to read and study this work within the NLS and elsewhere. It would be an excellent idea that a systematic study be undertaken in all the Schools, in order to elucidate the new texts and grasp the ensemble that this collection constitutes. We shall thus discover that there is nothing more “topical” [“actuel”] nor “actual” in the sense that, in the English language, this adjective touches on the real.