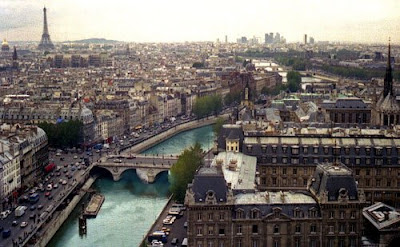 “Psycho”, “American Psycho”, “The Sixth Sense”, “The Silence of the Lambs”... In the media, in literature and in cinema, what fascinates is extraordinary psychosis. It became the object of one of Freud’s five psychoanalyses, then it was modeled by the early Lacan, the Lacan of Seminar III, The Psychoses, as well as the Lacan of the “Preliminary Question”.
However, the later Lacan proposed that “everybody is delusional” and drew the consequences of there being no Other of the Other. In a further development of Lacan’s logic, Jacques-Alain Miller has invented the concept of ordinary psychosis.
Jacques-Alain Miller said in September 1998:“From the moment there is a diversification of norms, we are evidently in the era of ordinary psychosis. What is coherent with the era of the Other that does not exist is ordinary psychosis”. In particular, Miller notes that, in contrast to the triggering of classical psychoses, in cases where “the subject has elaborated a sliding, drifting symptom, there is no clear-cut triggering”.
He goes on to say: “In the era of the ‘Preliminary question’, what gives order to the world for Lacan? What is it that makes your thoughts happen in your head and not elsewhere? What is it that makes you feel more or less well in your head and in your body? What is it that gives each thing its place? It’s the Name-of-the-Father, the Name-of-the-Father conceived as signifier of the Other, S(A), that’s to say, as the Other of the Other. Later on, Lacan argues on the contrary – and we can assume that he got the idea from Gödel’s theorem – that there is no Other of the Other. What becomes of the concept of foreclosure of the Name-of-the-Father? It is somehow replaced by the concept of “outside-discourse”. In fact, the routine of conversations as determined by the structure of discourse is what operates the classification and distribution of signifiers.”
Since then, the application of psychoanalysis to therapeutics, as well as to culture, has confirmed the validity of this hypothesis. Original research is developing throughout the Freudian Field. This has not been accessible in the English language until now.
The Paris English seminar aims to communicate and disseminate these new advances, but also to debate their relevance in our cultural and daily life.


The seminar will consist of a combination of papers, roundtables and debates with practitioners.
The final program will be sent by E-mail two month before the seminar together with a bibliography in French and English.

Registration by E-mail in the USA at the following address:
tsvolos@radiks.net

1. Send an E-mail with the subject header “P.E.S” to the above address.

2. You will then receive a registration form to be completed by return.

4. You will then be sent a confirmation of your registration and accommodation information.
Postado por MG el segunda-feira, janeiro 07, 2008