Week-end of the NLS in Flanders 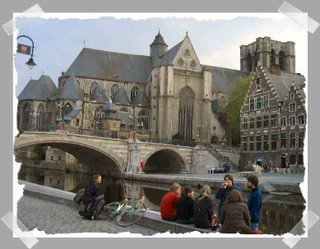 Roger Litten
member of the London Society of the NLS

"The installation and handling of transference at the start of a psychoanalytic cure".
Clubhuis Stad Gent, Patijntjesstraat 62, 9000 Gent
Saturday 13th January 2007, from 14h30 till 16h30
Lecture by Roger Litten – "The See-Saw of Desire – Love and Knowledge at the Beginning of Transference"
The emergence of the psychoanalytic clinic from the terrain of hypnotic investigation is marked by the parallel discoveries of transference and the unconscious. The discovery that dreams and symptoms have a meaning that can be interpreted is bound up with the encounter with transference in its guise as resistance. The possibility of the psychoanalytic clinic is thus indexed on a subject of the unconscious supported by a knotting of love and knowledge.
Lacan’s work shows us that it is precisely this Oedipal knotting at the root of the Freudian clinic that gives rise to the infinitude of the treatment and the persistent difficulty of distinguishing psychoanalysis from suggestion. It is Lacan’s discovery of the Real at stake in the psychoanalytic treatment, exposing love as a mask for the non-rapport and situating the impossible to say at the heart of the clinic, that makes it possible to find a way beyond the impasses of the Freudian clinic of the father.
At a time when the possibility of the psychoanalytic clinic and transference today once more come into question we will return to the first case in which Freud made use of the hypnotic method, the case of Frau Emmy von N. By way of a close re-reading of this case using the tools provided by Lacan we will attempt to situate the impasses of the Freudian position on transference and demonstrate the points at which Lacan’s work allows us to transform a site of impasse into a point of going beyond.
Reading:
Freud, S., Studies on Hysteria: The case of Frau Emmy von N. and The Psychotherapy of Hysteri; Hypnosis and Suggestion (1888); A Case of Successful Treatment by Hypnosis (1893).
Lacan, J., selected chapters – from Seminar I: The Moment of Resistance, Beyond Psychology, Speech in the Transference. From Seminar VII: Introduction to Das Ding, Love of One’s Neighbour. From Seminar XI: The Gaze as object petit a, The Field of the Other and Back to the Transference.
Postado por MG el quinta-feira, janeiro 11, 2007