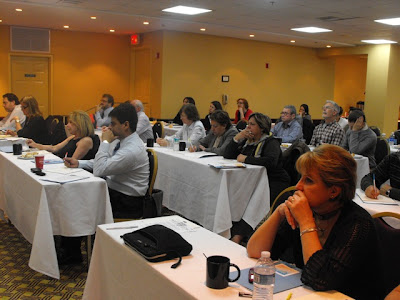 Introduction
Clinical Study Days 5 was held this past January 14th through 16th of 2011 in Miami. The weather, warm and sunny, was an energizing force for those arriving from cold weather states.
The conference theme Reading the Unconscious provided a compelling theme for conceptual reflection, discussion of many clinical cases, and also some first-person accounts of psychoanalysis.
Gorostiza: Opening Remarks
The conference opened with a formal welcome Leonardo Gorostiza, President of the World Association of Psychoanalysis via video-link. In his remarks, Gorostiza provided some very valuable direction to the work of the CSD5 participants. He reminded the assembled group that practitioners of the Lacanian orientation are different in that they use Lacan’s work rather than reifying it. One must reconstruct and transform concepts in service of the symptoms of today. Indeed this was Lacan’s approach. He reworked and deconstructed his own conceptual framework. As such it is incumbent upon those of the Lacanian orientation to understand the totality of Lacan’s oeuvre and recognize the way in which the different moments of Lacan can inform praxis.
Gorostiza’s second point was to remind the conference participants of the enigmatic quality of the analytic act. Whereas, an analysand presumes that the analyst knows something that will help the analysand relieve his/her suffering, the analyst must resist the implicit supposition that the analyst can help the analysand read his unconscious. Indeed it is only the analysand that has a relation to the signifiers of his/her unconscious.
While a subject supposed to know is necessary for the transference, the role of the analyst must shift. Gorostiza asserts that the psychoanalyst’s role is as “the remainder of the operation of reading” done by the analysand. The analyst “should incarnate, in some way, the senseless remainder, which is resistant to a meaningful translation”. Such an analytic stance is premised upon one’s own experience with analysis; to have taken it to the very end and to give an account of it. This too is unique to the Lacanian orientation. In sum, Gorostiza established what it means to work in the Lacanian orientation and the way in which the psychoanalyst establishes the possibility for the analysand to have a contingent encounter with a singular set of signifiers.
Vicente Palomera: “What’s the Buzz”
Vicente Palomera, a member of the Council of the WAP and the Guest for CSD5, gave a keynote lecture that was rich with metaphor and helped give CSD5 participants a nuanced perspective of the analytic act. The title of his lecture “What’s the Buzz” made reference both to a familiar colloquial expression as well as to the description of the unconscious as a swarm (essaim) of signifiers. He began by noting that ancient texts for example were not punctuated. Analogously, the unconscious does not punctuate. In this context, the role of the analyst is one of reading the unconscious by punctuating the discourse to make it readable. This emphasis on discourse reflects our current social experience. In Freud’s era, psychoanalysis was a form of “reading” accomplished by listening. Now the analyst is an “editor” of the analysand’s text.
The unconscious can be simultaneously understood as a meaning producing machine (automaton vs. tuché) and a long- playing record on which signifiers are engraved but unconnected to one another. Engraved but never erased signifiers surface, waiting to be spoken. When they surface they disturb the ego defense of semantic unity. By punctuating and cutting discourse in the analytic session, the analyst as editor helps the analysand put signifiers together in a way not previously organized. Central to this approach is the lalangue, which as previously indicated proposes that the real and the symbolic are not barred from one another but rather knotted together along with the imaginary by the analysand’s sinthome. 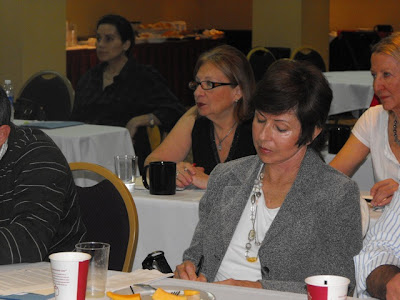 Case Presentations and First-Person Readings
Clinical cases are of course the mainstay of Clinical Study Days and this year’s cases did not disappoint. Prominent in each case narrative were the punctuations and cuts made by the analysts. Cases were presented by Karina Tennebaum, Dinorah Otero, Charles Merward, Sandra Cantor, and Ines Anderson. Following the spirit of the 2009 Paris Journées, the CSD also included two captivating first person accounts, by Maria Lopez and Robert Buck, of entering analysis.
The Supposed-To Know-To Read-Otherwise
A roundtable panel featuring Tom Svolos, Alicia Arenas and Maria-Cristina Aguirre, moderated by Pierre-Gilles Guéguen entitled “The Supposed to Know—To Read Otherwise” capped off the first day of the conference. Following an indication of Lacan’s that the ‘subject supposed to know’ is ‘supposed to know to read otherwise,’ Svolos developed the several points on the role of the psychoanalyst and the analysand in reading the text of the unconscious in a psychoanalysis, and the challenge of such an act in our current time. Arenas and Aguirre provided responses, including a clinical vignette with a precise moment of reading for just such a “contemporary” subject. 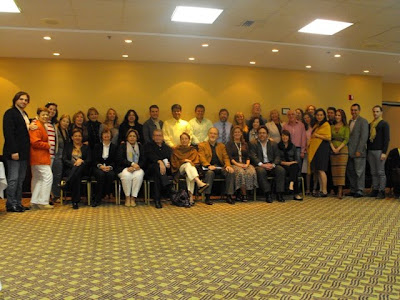 Why a School? Why the Lacanian Orientation?
Pierre-Gilles Guéguen, Special Delegate of the WAP to the Unites States gave the closing plenary lecture entitled: “Why a School? Why the Lacanian Orientation?” This topic was foremost on the minds of the CSD5 participants as the desire to work together in the Lacanian orientation and sustain a social link with one another increases with each annual Clinical Study Days.
Pierre-Gilles reiterated that we are not just a group of Lacanians, no different from any other group of Lacanians. Rather, we are in the Lacanian orientation, a way of using Lacan’s work in psychoanalysis, following a usage of Lacan first elaborated by Jacques-Alain Miller. We hold neither a static nor dogmatic view of psychoanalysis. Pierre-Gilles reminded the audience that this was Lacan’s stance toward Freud’s work. Lacan’s rationale for returning to Freud was precisely because ego psychology sought to edit and prune Freud into a neat “bible”.
Instead, Lacan wanted to show the richness and excess in Freud’s work and bring it back to life. Pierre-Gilles noted that contradictions respond to that thing in psychoanalysis that resists the synchronization of thought. It resists because as we confront the object of our experience—it is never obtained. Rather it is like a drive that circuits around the object and misses it. Psychoanalysis turns around the void in a similar fashion.
Analogously, Lacan understood that Jacques-Alain Miller knew how to read Lacan as he (Lacan) had read Freud. Each analyst must interpret based on a given time and a given social experience.
Who is a member of the School? Pierre-Gilles emphasized with Lacan that a analyst who is a Member of the School accepts to train and be trained forever and the most important part of his training is his own analysis. This occurs through meetings, case presentations, and papers. In doing so, we share something of ourselves and of our practice. This amounts to an evaluation by one’s peers. No one has the last word. There is just the void around which psychoanalysis has to be constructed: as a theory and as an experience.
Pierre-Gilles referenced Miller’s Turin theory wherein it was argued that a desire for a School must be salient among all, i.e., a collective logic. Lacan stated that the collective is nothing but the subject of the individual. Each member of the School has to have a transferential relationship with the School.
Guéguen noted that each member of the School is alone with his/her relationship to the analytic cause. While we share certain ideas and ideals, we are alone with what we are doing with regard to the School, with our analysands, etc.
Moreover, once there is a push for a School, there are contradictions, which will emerge and have to be surmounted, just as in individual analysis. We are alone with the “cause” but also have to work with others in the school, any of whom we may or may not like. This argument presents us with what we value highly in the Lacanian orientation: contradiction and paradox.
Pierre-Gilles’ final point was that transference is a form of transmission. The work of transference in one’s own analysis affects the transferences related both to work in the School and to one’s own self-analysis. The underlying collective logic is: each one, one by one, according to his/her possibility. Not everyone is equal; still everyone is unique. Finally, while the School requires us to practice, not everyone has to wait for the Pass. A school cannot create itself until there is a critical mass of pratitioners who desire it. It is a work in progress that can take a long time.
Guéguen ended his lecture by emphasizing that the School is the place where Lacanian knowledge remains alive. It is the best place to verify the falling away of identifications, test one’s own analysis, and to advance. Lacan defines the School as a living entity and as members of a School, we must not remain comfortable but be persistent almost militant in our duty to make it psychoanalysis present.
After his presentation, the CSD5 attendees unanimously endorsed the idea of working toward the establishment of a School in the U.S. Those present agreed to come together under the signifier of the Lacanian Compass.
Report prepared by Gary Marshall, Circle for the Lacanian Orientation of Omaha, USA