Report on the ICLO-NLS, Seminar with Anne Lysy “A Speaking Body in Analysis”, by Joanne Conway 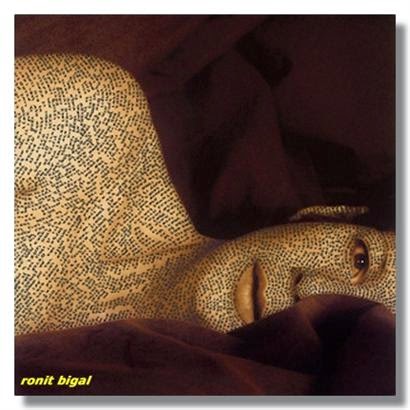 It was to an audience at full capacity that Anne Lysy spoke about “A Speaking Body in Analysis”. Anne Lysy explained that her presentation was drawn from the theme of the next congress of the WAP, entitled “The Speaking Body – On The Unconscious in the 21st Century” and her own particular questions in respect to what is it that occurs at the end of analysis and the moment of the Pass. Anne Lysy was the first person to present a testimony of the Pass in Dublin in 2011 as an AE (Analyst of the School).

Anne Lysy stated that the three to five years after the Pass is not the same as the moment of concluding an analysis. Each testimony selects certain points to transmit whilst leaving others aside. What, she asks, has been the change? What does one make with what has been discovered or obtained as a product of analysis and how does one put a logic in it?

She shared with the participants some of the changes that were effected at the end of her own analysis, and emphasised that not only does one articulate and extract unconscious knowledge via language, but that these effects are also realised in the body. Anne Lysy points to two particular aspects of the body that preoccupy her in the context of psychoanalysis, namely, what is the speaking body and moreover, what is this speaking body at the end of analysis? There is a difficulty inherent in trying to explain what this is from the outside – that is via another’s account of it in a testimony. But the testimonies are nevertheless precious and crucial accounts of the unique inventions that each create and by what means they came to do so.

Of particular relevance to her presentation was J.-A. Miller’s paper introducing the theme of the 10th Congress of the WAP, entitled “The Unconscious and the Speaking Body”.[1] What is this speaking body? In Seminar XX Lacan specifies it as a mystery. Miller attempts to find a road into this mystery via Lacan’s later teaching. He states in this paper that “the body shows itself as something that is able to flesh out the locus of the Other of the signifier as a surface of inscription. [..] What is mysterious […] is what results from the symbolic’s purchase on the body. […] the mystery is rather that of the union between speech and the body”. [2] Anne Lysy emphasised that Miller stresses the new elements encountered in the later teaching of Lacan – namely the distinctions between the unconscious and the parlêtre, symptom and sinthome, and the “escabeau”.

She also referred to Television, and Miller’s remark to Lacan – that the “unconscious” is a strange word. Lacan’s reply at that time was that while it was imperfect, Freud did not find a better one for it.[3] However, some two years later in the Seminar Joyce the sinthome, Lacan changed his mind. Psychoanalysis has to go farther than Freud’s unconscious –and there is a word for it, for this new unconscious– it is a neologism that cannot be translated. Lacan introduces parlêtre as a new word for the unconscious wrought from parle and être. This word shows that psychoanalysis had changed. And this is precisely the point – the speaking subject of Freud’s oeuvre and indeed in Lacan’s early work is not that of Lacan’s late teaching.

Anne Lysy spoke of the two sides of language and the drive, jouissance and sexuality. All Lacan’s teaching is, she says, an effort to give account to both sides, even if to say it as impossibility. Per Miller, the axiomatic change of Lacan theory is the devaluation of language in favour of lalangue –which is part of the mystery of the speaking body. Language for Lacan, is a construction established by linguists whereas lalangue is an elucubration. Why is lalangue one word? To show that what is at stake is a state of language where the aim is not one of communication – it is before grammar and structure, before the separation between words. Lacan speaks about this in the Geneva conference on the symptom where he refers to the babble of the baby. The child receives language from the outside, he is impregnated by language. Language is spoken around the child by others that leave traces – as though the body of the child itself is touched by language – it is the shock of language on the body.

Lalangue demonstrates that in the signifier there are elements of jouissance in the first place – that are not of meaning. There are important shifts in theory in the same period in terms of the unconscious, the subject and the symptom. One of these shifts is that of the signifier as producing jouissance. What Lacan’s late teaching distils is the place of the real – in the opposition between meaning and jouissance. It is a complete inversion of what the signifier once represented for Lacan. Anne Lysy underlined this inversion via two deftly drawn quotes from Lacan; for the classic Lacan “Jouissance is prohibited to him who speaks”[4] whereas for later Lacan “there where it speaks it enjoys”. In this later teaching the signifier no longer mortifies but rather has an effect of jouissance. The first effect of language therefore is one of jouissance, there is no jouissance without a body – but what kind of body?

In the preface to the last Écrits Lacan speaks of the end of analysis as a revelation of truth, a revelation of the ‘mendacious truth’. The speaking body is not solely jouissance or not only “telling”. An analyst, Anne Lysy states, “needs your body”. One must go to an analysis with a body. It is not possible via the internet. “The couch, she remarked, “is a kind of bed, making the sexual relation both present and absent. One must bring one’s body, but in lying (on the couch) you cast the body aside, you leave it outside and you keep another kind of body, the waste you cannot get rid of – this poor body parasitized by language”.

In closing Anne Lysy referred to the testimonies of the Pass and what they attest to, namely that psychoanalysis must go beyond the construction and crossing of the phantasy – analysis must encounter a zone where there is no construction– where one is ultimately confronted with remainders. These remainders come to isolate something to do with the body – the link between language and the body that continues to exist and eventually disturb – but at a moment they can detach from the suffering part of the symptom once linked to the Other who demanded this suffering. This isolates a mode of jouissance, a mode of enjoyment. What kind of interpretation then is possible in this “zone” beyond meaning? What can touch this body event? To the participant’s surprise Anne Lysy replied that these interpretations can include the body of the analyst herself and for which she gave illuminating examples from her own and other’s testimonies. The parlêtre is, she said, the function of the unconscious as completed by the body and interpretation has to mobilise something of the body invested by the analyst herself via tone, stress, gesture or gaze. The end of analysis therefore can be conceived of as the way to make a border where language touches the body and to do something with it. It is a remainder, but one that is active.