A Weekend on the Frontier: Some Reflections on Clinical Study Days 3 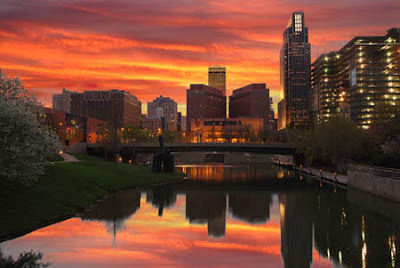 A Weekend on the Frontier: Some Reflections on Clinical Study Days 3

The Members and friends of the World Association of Psychoanalysis in the United States gathered in Omaha, Nebraska, with our guest Jean-Pierre Klotz, for our annual meeting: our third Clinical Study Days, hosted by the Circle of the Lacanian Orientation of Omaha, with the support of the Division of Psychoanalysis of the Creighton University Department of Psychiatry.

The theme of the Study Days was "The Object of Psychoanalysis." The heart of the Study Days was the presentation and discussion of six cases by clinicians from across the United States: Pam Jespersen, Cristina Laurita, Fernando Schutt, Mercedes Acuna, Dinorah Otero, and Maria Lopez. The cases demonstrated varied ways in which the analyst may use this concept of the object a in clinical work--not only different registers or functions of the object, but also the limits of the use of the concept of the object a in some cases. We had cases and discussions relating to the object a as the natural object; the object outside of phenomenal representations; the logic of the object as such beyond the partial objects; and, the status of jouissance outside of the object a. The cases were preceded by a panoramic survey of the object in Lacan's own work by Maria-Cristina Aguirre, and were followed by a Panel that took up the role of the psychoanalyst as a "nomadic object" in the CPCT's, with contributions by Gary Marshall, Fernando Schutt, and Dinorah Otero. In addition to his sharp contributions in the discussion of the cases, J-P Klotz also contributed to the Study Days a talk comparing the Clinic of Identification with a Clinic of Satisfaction, a clinic more oriented to the object a. Alicia Arenas concluded the Study Days with a text introducing the theme of Clinical Study Days 4 on "Interpretation," a careful delineation of the stakes of interpretation today in the clinic of the semblant and sinthome, a text that will orient us in our work and studies as we prepare to discuss next year how we conduct our interventions today.

On Friday afternoon, preceding the Study Days itself, Pam Jespersen of the Circle for the Lacanian Orientation of Omaha (CLOO) organized a Patient Interview (presentation de malades) by J-P Klotz at Alegent Health's Immanuel Hospital. The precise and sensitive interview by J-P Klotz led to a vigorous discussion by a wide ranging audience that included both the WAP Members and various mental health clinicians from within the Alegent Health system. This was CLOO's third annual presentation at Alegent--Nebraska's largest mental health care system--and this event, together with CLOO's monthly Psychoanalytic Case Conference at Immanuel, and the teaching activities of CLOO members in the Creighton University School of Medicine, show that psychoanalysis has a place in the broader mental health field in the United States.

Friday evening, J-P Klotz gave a public lecture on "The New Objects as Viewed Through the Tube" at Omaha's Bemis Center for Contemporary Art. Drawing a large audience of psychoanalysts, mental health clinicians, scholars, artists, writers, students, and an interested general public, J-P Klotz gave a stimulating talk demonstrating how some contemporary American television series have the same function in creating new objects for society today that modern art did a hundred years ago. The very engaged discussion was a testimony to the audience's excitement of the encounter with the psychoanalyst, an encounter outside of the consulting room or our usual clinical settings.

After the Study Days proper, the Members and guests at the Study Days held a Conversation on Lacanian psychoanalysis in the United States, with a wide ranging discussion on how we will want to expand the scope of our own interactions together across the wide range of sites in the United States; how we can respond to the increasing demands we are receiving for exposure to and teaching in psychoanalysis; how we might address the issue of formation of psychoanalysts in the United States; and, how we can increase the opportunities for people to have encounters with the psychoanalyst, not just in the mental health field, but in society in general.
Participants took their meals and social time in various restaurants and cafes in the Old Market district of Omaha. Omaha's oldest neighborhood has a cobblestoned charm that never ceases to surprise visitors who do not expect to find such a thing in an old frontier town. Omaha's weather over the weekend also provided a dramatic backdrop for our meetings: at times cool and dry, at times hot and muggy; sunny, and then ominously cloudy; the wind alternatively gentle and fierce. The weekend nonetheless remained dry, until a fierce and brief Great Plains storm in the middle of the night on Saturday dropped 6 centimeters of rain in less than an hour and also a tornado about a hundred city blocks west of the meeting site. (This was Omaha's first tornado in over thirty years, down for 7 minutes over a path several kilometers long. Many houses and buildings were destroyed or damaged, but fortunately no one was killed or seriously injured.)

This was a seminal event for the Lacanian orientation in the United States: the precise and vigorous discussion of the object over the Study Days was a testimony to the elaboration at a national level of work in the manner of the School, consolidating clinical work and careful study and preparation across various sites of the WAP in the United States and also opening up new questions and considerations for us in our use of the object a in our practice. The two-fold nature of this type of work--a distillation of the savoir-faire in the discussion of cases, and the remainders of this process: the holes: the new questions and unforeseen limits reached in the various discussions--is part of the power of the transmission of psychoanalysis in the Lacanian orientation. Thanks to the work of our presenters, discussants, and guest J-P Klotz, we were able to get a sense of that transmission of psychoanalysis in Omaha this past weekend.