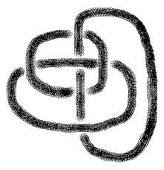 The Lacan Daily launches on 7 September

The Lacanian Press Agency, on the occasion of the thirtieth anniversary of his death, launches a daily online bulletin. It will be a free space, for all those who wish to exchange ‘Lacan News’ after the summer: Media contributors, readers, listeners, TV audiences, from France and from abroad.

The Lacan Daily will be circulated from 7 September until 17 October on the mailing lists of the World Association of Psychoanalysis, translated into 5 languages, going out to 10.000 people in fifteen countries: psychoanalysts, writers, artists, journalists, and personalities from politics and culture.

An issue Zero will be circulated soon, with an article by Jacques-Alain Miller on the article signed Michel Schneider in Le Point that has just come out, opening the file on Lacan.