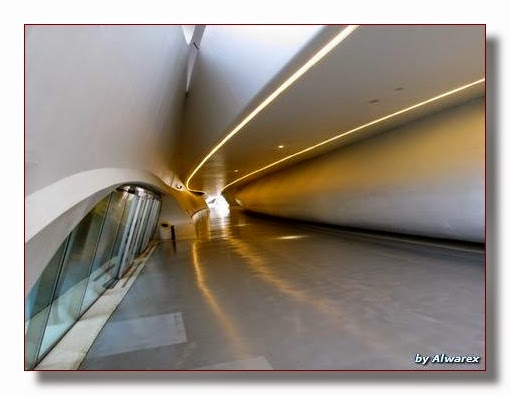 On Saturday 24th of May we welcomed in Ghent Bruno de Halleux, who was nominated as Analyst of the School[2] in June 2012. The Seminar School and Pass, had prepared this afternoon -organized in collaboration with the Bureau of the Kring-, by introducing a new formula. They had submitted their products and questions at a preliminary evening, on March 28.

Luc Vander Vennet gathered these questions in four themes: femininity, the extraction of the object, the decisive dream and the real. The conversation that followed was in line with the lecture: calm, very deliberated and interesting. Bruno de Halleux first talked about the pass itself and constructed his lecture around the questions he received. That was new for us. In a certain sense there already was a conversation even before the meeting! For both sides this was a very fruitful experience.

What is it all about, in the pass?
Anne Lysy stressed in her introduction what is so singular and so specific to this experience. Lacan invented the pass as an operative section, as an instrument for our work that needs to clarify these questions: what is an analysis, what is an analyst? With this, he positioned himself against the IPA, that nominates analysts by means of standards. For Lacan, an analysis is a subjective metamorphosis. In the first place, an analyst is the product of his analysis. What can one say in the pass about his own analysis, about what has worked there?

Bruno de Halleux discussed this at the beginning of his lecture. He stressed the fact that one is alone in the pass, but not without Other. The elaboration of what is transferred is constructed progressively by the AE, but this work is not done without Other. In this case the Other of the AE were the cartels. This was also discussed in the conversation. The work of other Analysts of the School and the questions the public asked at several meetings, had been of a stimulating influence to his work.

After that he referred to a text by Jacques-Alain Miller[3]. The pass is a bet in which one’s own analysis is what is at stake, so that it would be a precious object, an agalma for the Other.

During three years, an AE is placed in the spotlight of the School. That can turn one’s head. Bruno de Halleux therefore referred to Antonio Di Ciaccia who told him long ago that one has to dispose of all signifiers in an analysis, including that of ‘analyst’. Psychoanalyst is not a title, but a know-how. And it is the analysand who can say whether there has been an analysis or not.

So what is so specific about the pass? The AE will talk during three years about his experience. This talking is at the same time a teaching and a testimony. The singular of the experience is knotted to a public teaching. The pass is confirmed in speech at the level of the enunciation, the emphasis is on the subject’s truth and not on knowledge. This speech about the pass shows that the desire of the analyst is at work. That is why the pass is not universal; it is an experience, each time very singular, incomparable to others.

Femininity
Bruno de Halleux spoke of how his relation to femininity changed during his analysis. He was raised in a very classical environment where the woman had only the function of object a in the male fundamental fantasy. Because of her presence next to the man, the phallus shines. In his Seminar XX Lacan says that the only relation of the male subject to his sexual partner goes via the fundamental fantasy [4]. The analytical experience acts on this fundamental fantasy. Once this beam is stripped off, the male subject can see a woman as Other, or as Lacan says, as radical Other. In this sense the female partner becomes a partner in the profound sense of the word. There is a place now for the unexpected, for something new that stems from contingency. It is about another kind of encounter with the female partner.

The extraction of the object
There was a time necessary to extract the object and this time was characterized by tears. What kind of object is at stake here? This object appears at the exact place where the subject asks himself who he really is, what does he really want.[5] This object caused, in the collision with the divided subject, a surplus-jouissance that did not cease to be repeated in the following modality: ‘making oneself the beloved child that the father lacks’. Every time the father or the father figures popped up in analysis, tears came. Did these tears have a well-defined status? To this question Bruno de Halleux had no answer. It was a body phenomenon. He stressed the time necessary to extract the object.

The extraction of the object is the same as this operation on the surplus-jouissance of which one has to get rid of. This jouissance had two sides. On the one side the analysand avoided his father and the father figures as much as possible; he resisted, ranted or stood on the sideline. On the other side he wanted an exclusive place in the midst of the father figures he abhorred. At both sides the master signifier remarkable was very active. Once rid of the surplus-jouissance, this signifier remained active, as a left-over.

The decisive dream
After a dream, in which Bruno de Halleux hit one of these figures -around whom his inhibition was organized- with the fist, waking his family up while screaming loudly “No!”, he decided the following morning to apply for the pass. There was a certainty that had never been present before. What status did this dream have? Was it a dream with a meaning asking for an interpretation, thus referring to another interpretation? Not at all! This dream had another status. It gave certainty and it led to an act. A transformation had happened: the position of subjected child was abandoned and replaced by a position in which the subject speaks on his own behalf and no longer in the Name-of-the-Father. The faith in the complete Other is gone, the subject has acquired a place in the Other. He could say NO to the Other, and he found his own name as father.

What changed?
There was a before and after relative to the dream. The “No!” in the dream stood between, on the one hand, silence, disappearing and, on the other hand, letting his voice be heard. Bruno de Halleux specified: before there was an Other of the Other, full of enjoyment and knowledge, and the only way to hold his own was to remain silent, to disappear. Afterwards, something fell away, like a crystal that explodes. A crystal that symbolizes the relation to the Other. Now he makes mistakes, talk, listens to the Other. There is no Other of the Other anymore.

The real and the end of analysis
The dream gave a certainty: “This is me! No more, no less”. To represent himself, it is no longer necessary to substitute one signifier to another. The distance between what the subject wants to be and what he is, is reduced to zero.

The master signifier ‘remarkable’ is disconnected from the S2, and remains as a signifier ‘One-all-alone’. It is a residue, a left-over that forms the matrix of the new relation to the Other. Remarkable has nothing of the universal; it is like the foam on a wave, leaving a trace in the sand. It has a very singular status. This was discussed extensively in the conversation. The ‘One-all-alone’ does not have the status of the master signifier: it is a name for the jouissance that is in fact unnamable. A name for the unnamable. It is a mark, rather of the order of a scar. It is not the articulation of meaning. It is not associated in a scenario related to the Other. As analyst, de Halleux searches what is remarkable, what is most singular, for each analysand. Whereas at first it was a symptom, now it is the engine that animates, or as Lacan says: ‘un symptôme qui itère’, a symptom that iterates.
Conclusion

Why is the invention of the pass so essential for the School? It functions as a sort of a guarantee. The interventions of the Analysts of the School have an essential function for the School. They do not correspond to rules, there is no standard, and all passes are completely different. Each time it is an attempt to grasp ‘a speech about the pass’.

Jacques-Alain Miller expressed the wish to redefine the desire of the analyst. This desire is not a pure desire, it is not an unending metonymy, but a desire to reduce the Other to its real kernel, without meaning.