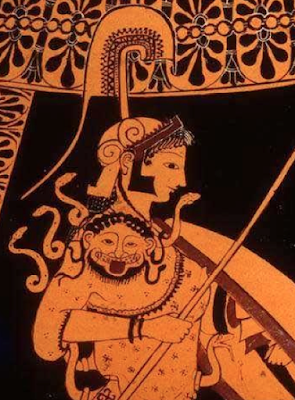 WASHINGTON, July 8 (Reuters) - The Obama administration warned Europe on Wednesday that allowing a financial and economic meltdown in Greece would be a geopolitical mistake.
U.S. Treasury Secretary Jack Lew said he has been in constant contact with European officials regarding a Greek debt crisis that threatens to lead Athens to exit the euro zone and increase hardship for the Greek people.
"There's a lot of unknowns if this goes to a place that completely melts down in Greece", Lew said. "I think that unknown is a risk to the European and global economy... I think it's geopolitically a mistake."

STRATFOR Global Intelligence
28 mai 2015
Greece, Ukraine: Financial Aid as a Geopolitical Strategy
(...) « Greece may not have much money these days, but its geographic position makes it immensely important. First, Greece is located on the eastern Mediterranean, a region in flux because of violent conflicts in countries such as Syria and Libya. Second, Greece is a gateway to Europe, an entry point for people and goods from the Middle East and North Africa. Finally, Greece is a transit territory for competing natural gas projects, including the Russia- sponsored Turkish Stream and the Azerbaijan-sponsored and EU-backed Southern Corridor projects.
Consequently, the United States wants a pro-West government in Athens. Greece has already hinted that it may receive financial assistance from Russia. For Athens, the move would make sense: Greece relies on Russian energy and would like lower natural gas prices. The country's needs could become even more urgent if Athens left the eurozone and returned to a weak drachma, which would make energy imports more expensive. The White House supported Greece's accession to NATO in the early 1950s to resist Russian expansion in the region. Now, as then, the United States wants to prevent Russia from expanding its influence in Greece, especially concerning energy projects. But Russia is facing its own financial burdens, limiting its ability to offer Greece significant financial assistance.
The United States is also concerned about social and political instability in Greece leading to a proliferation of domestic and foreign militant groups. Greece had its fair share of terrorist groups attacking U.S. targets between the 1970s and late 1990s. Washington fears that a less stable Greece could become a haven for far-left, far-right and Islamist activism, especially at a time when Greece is receiving massive waves of asylum seekers from the Middle East.
Germany shares this view, but it has different needs. Berlin wants to make an example of Greece, and German taxpayers do not want the government to waste money on financial assistance for the country. Berlin also fears that leniency with Athens could motivate other eurozone governments to ask for concessions. Yet Germany needs to preserve the territorial integrity of the eurozone and the European Union. Considering Germany's export-driven economy, the dissolution of the free trade area in Europe would be Berlin's worst nightmare.
Following the victory of Greece's Coalition of the Radical Left party, known as Syriza, Berlin sent the undeniable message that a "Grexit" would not have substantial financial consequences for the rest of the eurozone. More recently, however, some sectors of the German government have sought another, more political, assessment of the situation and a possible deal with Athens, even if it would be temporary and unsatisfactory.
Simultaneously, Western governments are prioritizing decisions on financial assistance to Ukraine. Russia's strategy for turning Ukraine into, at the very least, a neutral buffer state has been to promote instability in the country, reducing Kiev's ability to pursue integration with Western institutions. Furthermore, separatists control parts of Donbas, a formerly productive industrial region in eastern Ukraine, and Ukrainian defense expenditures are increasing, stressing the country's economy. Ukraine's gross domestic product is now expected to shrink by around 7.5 percent this year, and economic problems have already led to some protests.
Western governments fear that Ukraine's economic woes could undermine the legitimacy and cohesion of the pro-West coalition government in Kiev. In March, the International Monetary Fund announced a $17.5 billion aid package for Ukraine. Individual Western governments and various EU institutions are also helping Ukraine pay its bills. The United States has provided loan guarantees, while the European Union has pledged to grant Ukraine 11 billion euros (roughly $12 billion) in aid over the next few years, though much of the promised funding has yet to be secured.
Aid from the IMF and Western governments is not, however, enough to meet Ukraine's funding needs, which over the next four years are estimated to be around $40 billion. Moreover, Ukraine must reach an agreement with its sovereign bondholders to keep its debt levels sustainable and meet IMF criteria for continuing with the aid program. As a result, Kiev is attempting to save about $15.3 billion over the next four years by restructuring its international bonds and loans. Thus far, Ukraine's private bondholders have resisted a haircut.
While Ukraine and its bondholders will likely come to a compromise agreement by the end of the summer, before some of Ukraine's bonds mature in the subsequent months, Western governments will continue to act as Ukraine's safety net. Ukraine is the epicenter of the struggle over Russia's borderlands. Western governments will work hard to help the country avoid a default. For the West, Ukraine's finances are a matter of strategy.
Thus, the Greek crisis and the Ukrainian conflict define Europe's geopolitical landscape. The Kremlin is involved in Greece, boosting its role through the planned Turkish Stream pipeline and a slew of high-profile diplomatic meetings. Russia is also embroiled in a confrontation with the West over Ukraine. Western governments in both cases are aiming to contain the crisis by discouraging other EU members from following Greece's example and by reassuring allies along NATO's eastern edge. For the West, preventing widespread social unrest and instability in Greece and Ukraine is key to keeping the countries inside the Western camp. »
Postado por A.A.delaR. el domingo, julho 19, 2015