Report on the ICLO-NLS Seminar “The Knotting of Language and the Body in Adolescence” with Neus Carbonell, by Caroline Heanue 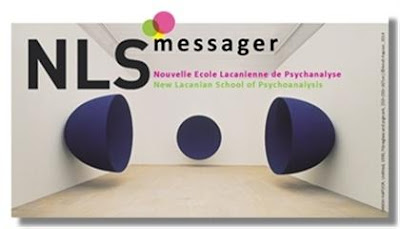 
It was to an unseasonably windy Saturday morning that the Special Interest Group of Child and Adolescent Lacanian Psychoanalysis (SIG)[1] of ICLO-NLS welcomed Neus Carbonell on this her second visit to Dublin at the invitation of the SIG. The event, which was open to the public and very well attended, was a continuation from last year which spoke to the title of “The Knotting of Language and the Body in Childhood."[2]

Joanne Conway welcomed Carbonell and situated the work of the SIG as we prepare to embark on our third year of working together. She spoke of Carbonell’s invaluable transmission last year and how it had informed the direction and the focus of the SIG. Conway proceeded to present some of the challenges specific to the construction of adolescence and the process of re-knotting the speaking body with the jouissance of the drives. Simultaneously, the adolescent experiences impasses and disorientations resulting from the changing symbolic order, the impact of which presents a different kind of teenage rebellion today. It is one which no longer or at the least, very rarely resembles yesteryear’s iconic semblant poster boys of Marlon Bando and James Dean.

Carbonell began by stating that the knot in childhood between language and body may be insufficient to hold in adolescence requiring the subject to retie this knot but under new conditions. These new conditions are the impact of the symbolic and the real of sexuality. The young subject must search for and find his own knowledge regarding the treatment of the real of sex but crucially, this is at a very particular moment. Adolescence as a construction requires the subject to ‘redo the threads of his past’ to become an adult but this is precisely where the difficulty and its precariousness lies because it is at this moment that the knot may be undone.

In following the path of Freud in how we can learn from poets, Carbonell made use of a reading of “The Young Man’s Song” by W.B. Yeats to serve as both a reference and illustration throughout the morning. For those unfamiliar with the poem, it is of a young man, but one old enough and he wonders if a young woman will love him – but there is nobody wise enough to tell him, so he must take a chance – by throwing a penney. This young man’s love and desire, doubts and anxiety are set against the absence of a knowledge of how to court this young woman. He can merely rely on the contingency of throwing a penney and leave it to chance. This beautiful scenario covers over his encounter with the real, a jouissance of which he has no way of dealing with. What he will make of this contingency will mark his life hereafter. It is exactly these contingent encounters in adolescence which are of extreme importance. Carbonell concluded this introduction by saying that this is what adolescence is about, no more or less than this.

Carbonell identified two characteristics of adolescence: the “awakening” and the “exile”. To elaborate on the “awakening” Carbonell referenced Frank Wedekind’s play “The Awakening of Spring”. The adolescent must awaken from those dreams of childhood and give up on the dream of marrying his mother. He cannot make use of the phallus unless first he renounces being it. He must find a way to turn the drive jouissance of childhood into a phallic jouissance and learn how to make do with his symptom of puberty. This symptomatic form is the only way of re-knotting the body and language. This is also the moment that the knot can become undone with serious consequences leading to passages to the act. He must find a way of dealing with these bodily changes which signal the entrance into the possibility of the real of procreation. He can no longer rely at the level of the signifier on the function of stereotypes which sufficed as a child. This passage from childhood to adolescence used to be frequently marked in the form of cultural rites. This is becoming less evidenced today and instead what our experience demonstrates is a prolonged and sustained period of adolescence. A clinical vignette pointed to such a marking of a prolonged adolescence whereby the subject’s symptom in response to his encounter with the real revolved around the impossibility of love and his subsequent refusal to consent to the possibility of rejection by the love object.

The second characteristic of adolescence is exile both from childhood and from language. This painful process of exile is absolutely necessary as it enacts separation and marks the passage from object of desire to subject of desire. In childhood the love object is present but in adolescence one must search for it elsewhere, without any know-how to accomplish it. An oft cited adolescent complaint of being misunderstood is placed in the other of adults. Carbonell stressed the importance for the analyst also to not appear to understand too much or too well and instead point towards the necessary process of lack and therefore desire. Feeling alone and different from the adolescent others needs to lead to new identifications with the forming of new communities and ties beyond the family. This new community of friends, who remain misunderstood by adults, enables a shift in position from one of exception to one amongst many.

Carbonell stressed that the treatment orientation of the adolescent clinic lies in Lacan’s Schema R regarding the tension between the ego ideal and ideal ego. The subject of the narcissistic image is drive jouissance, one which will ultimately lead to the death drive. It is therefore imperative not to reinforce the narcissistic image. The demand for enjoyment without limit makes confrontation with desire impossible. Contemporary society privileges consumerism which in turn encourages narcissism – the promise of enjoyment is not another subject through which one finds identification but a proliferation of objects. The drive satisfaction is not only authorised today but is ubiquitous and almost presented as mandatory which stymies the passage from childhood to adolescence. It is no longer Yeats’ contingency of throwing a penney in the face of not knowing when there was no-one wise enough. Now knowledge is eroticised with it firmly in ones’ pocket (or at the end of a couple of clicks on a keyboard) and not in the field of the Other.

The afternoon was a closed session with three clinical cases presented by Cecilia Saviotti, Stephen McCoy and Hugh Jaret. As a matter of pure contingency, each case provided an elaboration of key concepts worked on in the morning. The first case by Saviotti was of a little hysteria representing the particularity of feminine phobia. The desiring subject is awakening but experiencing difficulty in redoing the thread of history. McCoy presented a subject invaded by jouissance with little recourse to use language in defence of the real. The knotting of body and language is tenuous with little resources to find a place in the Other to which he could hold himself. The final case of the day by Jaret was of a subject who found a solution in the narcissistic image of a body that could not stop.

We would very much like to reiterate our appreciation to Neus Carbonell for her generous and continued contribution to members of ICLO-NLS and the SIG. Carbonell’s inimitable transmission of psychoanalysis is with a particular ease and grace which consents to a space of learning and after today, a renewed appreciation of Yeats!

[1] The Special Interest Group of Child and Adolescent Lacanian Psychoanalysis (SIG) is a group comprising  practitioners with backgrounds in psychoanalysis, clinical psychology, psychiatry and psychotherapy with a committed interest in therapeutic work with children and adolescents.

[2] This paper is published in the latest edition (Issue 10 May 2015) of Lacunae, the APPI (Association for Psychoanalysis and Psychotherapy in Ireland) International Journal for Lacanian Psychoanalysis.
Postado por Florencia F.C. Shanahan el terça-feira, julho 28, 2015